An important city in the Jalna district, Jalna falls in the Marathvada region of Maharashtra. Located on the banks of river Kundalika, the city has gained prominence as being an important commercial unit. The number of people living in the city has risen making it a relatively populated but well functioning city. From a city that was once part of the Hyderabad state, Jalna today is a progressive city that has seen a past full of mixed changes. Jalna has its history rooted in the times of the Rama, followed by battles to the partition and all that it witnessed after it. Today, it lies as an important part not just of the district but of the state. 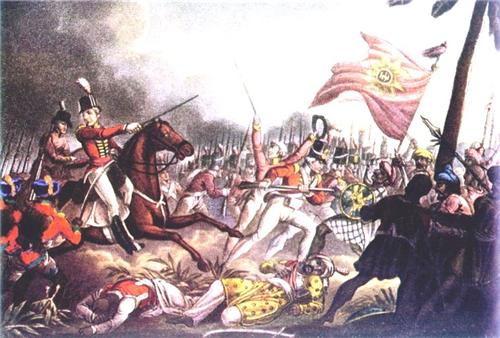 Jalna in its Early Phase

It is believed that the city was once known as Janakpur. Later, a rich merchant changed the name of the city to Jalna, followed by his occupation. The Muslim merchant named it close to the word Julaha, which means weaver. When looking into the history of Jalna, the city’s link to the time of Lord Rama cannot be missed. Sita is said to have lived in the city for some time. Their presence is strongly referred to in the city even till date. The city has a number of temples which makes it a popular tourist destination as well. Many of these religious places are dated back to the ancient time and thus their relevance in present days is all the more vital.

Jalna and its Rulers

Jalna is said to have had many rulers. Be it the time of the Mughal rule or to the battles fought and won, rulers have come and gone impacting the city and its growth. During the time of Akbar, the city was held up as a feudal land grant. Akbar’s general who was in charge of this grant, also known as jagir was Abul Fazal. Because of his presence in Jalna, he resided in the city for a brief stay.
Jalna was always believed to be a better place than the other neighboring ones. This was another reason why rulers wanted to take control of the land and possess it entirely. Though nobody was able to keep it for long due to battles, effortless nevertheless found an end. The same continued during the mid 1700s to the early 1800s with a number of leaders from different administrations coming into the city.
The Battle of Udgir in 1760 saw rulers from Pune grab hold of the city from the former occupants of Shinde clan. Battle of Assaye is associated with the city as well where the city was held by a Colonel Stevenson’s troops. The Maratha power had proved very competent but was eventually overshadowed by the Nizam rulers. Finally, the city came into the hands of the Nizam of Hyderabad. Jalna up till 1982 was part of Hyderabad state. It was only around this time that its district was changed from Aurangabad to Jalna.

Witnessing many changes in its past, the city started growing with rapid industrial development. Cotton, handloom, agriculture and other small scale industries made the city a reasonably developed one. The growth with times slowed and it wasn’t always as expected. But the state government has taken many initiatives with many more companies and manufacturing units being set up across the city.

Not just towards the economical development, but education too never took a backseat. Considered one of the most sought after city for education in Maharashtra State, Jalna has a large number of institutes. Be it secondary and senior secondary schools affiliated to different boards or the engineering, law and management college, the city has immense study and growth opportunity.